Drugs In Pakistan: Analysis And Consquences 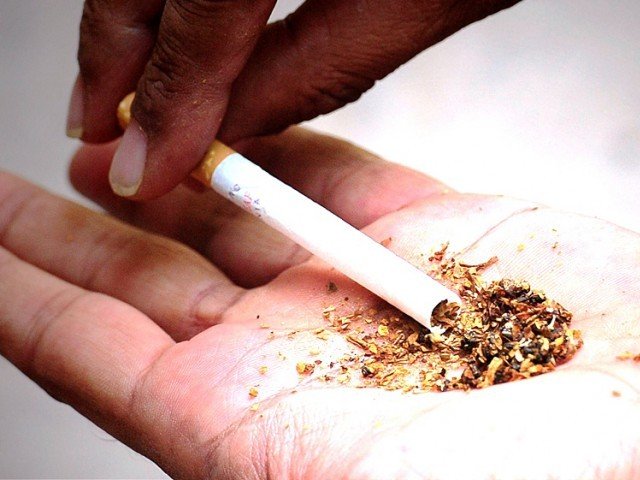 Pakistan is a country torn by internal unrest and is currently fighting a very special enemy – drug addiction. It is believed that the cultivation of opium and hemp in Afghanistan accounts for up to 85% of the world’s production of these drugs, and the border between Pakistan and Afghanistan is extremely vulnerable to smuggling and criminal activities. This allows easy access to dangerous drugs in both countries and leads to a staggering number of drug-related deaths. According to a report prepared by the United Nations Office on Drugs and Crime, Pakistan faces a serious struggle with the supply of opiates and marijuana from Afghanistan.

In the most populated province of Pakistan, Punjab, drugs are easily available. Drug traffickers have extensive networks and they conduct their business without fear and sometimes even under the corrupt cover of law enforcement agencies. Wild hemp is widely available in the northern and central regions of the province in spring. In 1980, there were 500 drug addicts in the province. Their number exceeded one million in 1990 and is now estimated at 4.9 million. The sharp rise in drug addiction has caused social, economic and family problems. Before the war in Afghanistan, most of the drugs used in Pakistan were cannabis, opium and alcohol. The war led to the widespread distribution of heroin, methamphetamine, crack, cocaine,

Drugs are a menace to society. Drugs are any type of substance that would cause a change in an organism’s physiology or even psychology upon consumption. The consistent use of drugs can cause a person’s physical and mental state to disorder. With some drugs, the consequences are severe, whereas with others – the impact can range from mild to extreme. Naturally, the effects will also depend on the amount and type of drug consumed. Also, whether drugs have been mixed up or used in isolation.

These are illegal substances, and detrimentally affect a person’s ability to think, comprehend, and act. Over time, consistently using drugs can lead to addiction, which ultimately leads to death. There is no way around that. However, rehabilitation is always a probability, given the drug user adheres to the instructions handed out by the rehab facility, and takes the initiative himself or herself. Otherwise, the chances of relapse would be incredibly high.

It is exceedingly important to want to quit or give up. Forcing someone into rehab will never help them quit. The task requires an insane amount of willpower and dedication, to see their decision through to the very end.

Drugs are not simply limited to their hallucinogenic effects, rather, we must think of their impact as multi-faceted. Drugs do not affect certain parts of an addict’s life. In fact, a drug user will find himself or herself compromising on every single aspect of their lives. This includes interpersonal relationships, work, and normal, everyday activities – which over time, they might not be able to effectively carry out.

The hardest-hit would definitely be on the user’s loved ones. People who want to help out their family members, but are unable to. Watching another person in pain, struggling to overcome a menace, can break those who love you.

They are the ones who ultimately end up taking responsibility for your actions. Another important fact is that drug users may not retain their full senses, which means their decision-making power would be extremely affected. They would not be able to make the right decisions for themselves, and might not even remember the aftermath of their actions.

Drugs in Pakistan is one of the major social problems. And this can be contributed to a plethora of different reasons. In Pakistan, there are approx. 6.7 million drug users and the alarming and concerning thing is that out of 6.7 million number of drug addicts is more than 4 million.

Drugs like cannabis and heroin, amongst others, are surprisingly easily available which makes for easy access for everyone.

Here are a few of the reasons. The factors which account for drug abuse in Pakistan are vastly socio-economic.

Dissecting the population within the country, very few people fall into the elite class, a large portion falls into the middle class, and an even larger section falls right into the rural class. The rural class predominantly survives on subsistence farming, making just enough to feed a huge family.

First of all, a severe lack of education and misinformation. A lack of education because it is generally expensive, and within rural areas there exists a certain stigma against education. Where young girls are not allowed to leave the house, and boys are expected to quit studying after college and start helping out with the farming, or getting a job to begin earning for the family.

In a country where nepotism is often seen as a ruling factor, education is not considered linear to success. Instead, wealth and connections are seen as directly proportional to becoming successful.

When these young people are thrown out of a nurturing environment and into the real world to fend for themselves and their families, the immense pressure can cause resorting to drug use. To simply escape and run from their responsibilities, and the burden they have to shoulder each day.

Furthermore, without a solid education, these people are unable to secure a good job. This means they take up jobs such as guards, construction workers, etc., this leads to them automatically falling into the circle of drug abusers.

Lacking education, these people are also unaware of the consequences of drugs. And might not fully realize the effects and potency of each one they consume. This can lead to higher frequencies of drug overdoses, resulting in a higher number of deaths.

Availability Of Drugs In Pakistan

Drugs in Pakistan are readily available. This again, due to a number of reasons. Here, dealers across various segments of society may produce their own drugs. This means that they are lower in quality, and have harsher effects.

Plus, Pakistan shares an extremely open border with Afghanistan. A massive border, where some areas are unregulated. This means the poppy trade in Afghanistan, manages to sneak into Pakistan as well, forcing the hand of youth after youth on drugs.

Drugs in Pakistan are cheap that’s why it is not hard to lose control. In fact, certain people are planted specifically for the purpose of spreading this menace, and dismantling the population.

Within the youth of the country, there is a certain emotion attached to westernization. Drawing upon films, and literature from the West – a certain privileged class may aim to replicate certain actions or the environment depicted in these films.

This means, that in certain universities and institutions – using drugs is considered “cool.” To fit into this social scene, a lot of young people are wooed by their friends, and people in their inner circle, and unfortunately fall into the trap laid out for them.

With a great deal of misinformation present, some kids may even claim that these drugs are not addictive, and are just being used for fun’s sake. But what starts off as fun often takes a turn for the worse, and steers these people onto the path of self-destruction.

Moreover, the party culture also has played a role in drug consumption. In private settings, where external control is not, and can not be exerted – drug consumption runs free and rampant.

Moving on to some of the consequences drug consumption in Pakistan has led to;

A Spike In Crime Rate

There has also been an observed spike in the crime rate due to drug consumption. When people become hooked to drugs and are forced to stand on the outskirts of society – they resort to violence to get their fix.

Often, serious addicts are unemployed – losing their jobs due to their bad habits. This leads to a steady drop in income, and over time, their families may try to cut them off and not lend them any money, assuming it would go straight to drugs.

This is why, they can become part of gangs that mug people, and rob them to acquire enough money to be able to buy their next dose of drugs.

Ultimately, drug abuse can lead to a higher unemployment rate within the country. Drugs leave people unable to function properly, and definitively unable to focus and carry out their jobs.

This means fewer people working in the economy and a higher burden on resources – where lesser people begin supporting more of their family members too. This is a serious burden on society.