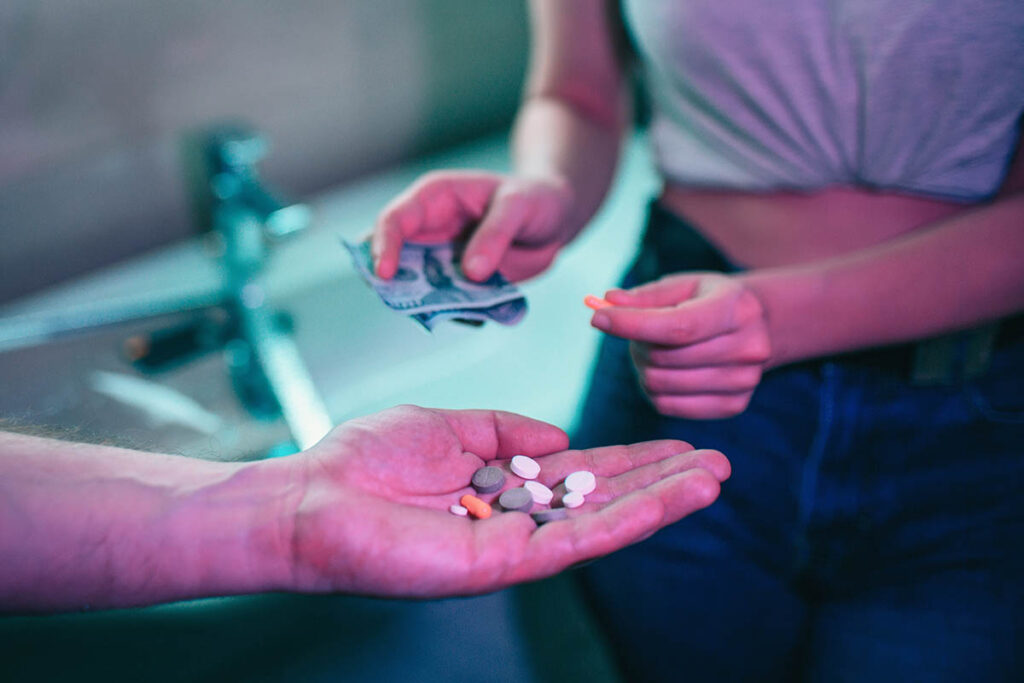 The party drugs refer to a wide variety of drugs that you may find at dance clubs and house parties. They are often also coined designer drugs. Generally manufactured in illegal labs, they are created using several chemicals. It is very hard to predict the strength and potency of these party drugs, and whether or not they might be containing poisonous ingredients. They can pose serious risks to health, particularly that of young people, who use it at raves or parties.

They have also been called “date rape drugs”, because they increase the incidence of sexual assault. Since these pills or party drugs are entirely odorless, and tasteless, they can easily be added to drinks without the other person even noticing.

When used in combination with alcohol, they pose an even higher risk to safety.

This is a recreational drug and has gained increased traction among teenagers and young adults. It can even be found in places where alcohol is not permitted. It can have hallucinogenic effects.

The drug can easily be combined with caffeine or other toxic drugs. Consumed in the form of tablets, they are often stamped, resembling candy.

Numerous deaths have been associated with ecstasy.

This is the trade name for a drug that belongs to the family of Valium. The user may experience symptoms such as impaired judgment, dizziness, and spells of a blackout. It would peak within 2 hours, and go on to last for about 8 hours.

This is a drug that is readily available at clubs and raves. Again, it has reported being present in certain cases of sexual assault. It has also been used as an anesthetic in medical, and veterinary practice.

It appears in the form of powder, crystals, and solutions. The effects could include amnesia, dizziness, numbness, and blurred vision. The user may also feel an out of body experience, and a sense of disassociation.

This too has revealed itself at clubs, and raves. It appears in the form of an odorless, and tasteless liquid. Which is quickly absorbed by the body. At low doses, the person may also feel sociable, and less inhibited.

At higher doses, the person also experiences a lack of consciousness, depressed breathing, and seizures.