PSYCHIATRIST VS PSYCHOLOGIST: WHAT’S THE DIFFERENCE 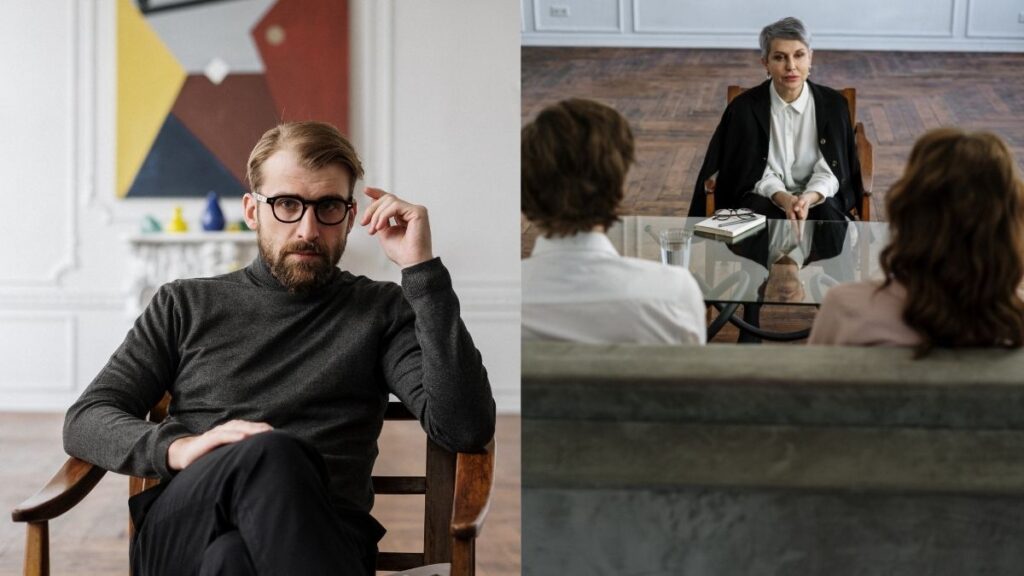 Psychiatrist vs Psychologist, there are primarily four main differences between the two.

In short, psychiatrists are actually medical doctors – that is, they have gone through med school, whereas psychologists are not.

Since psychiatrists are medical doctors and licensed, they can prescribe medication whereas a psychologist can not do the same.

And thirdly, psychiatrists will be managing serious illnesses, treatment regimes, and offer experienced methods of therapy for issues that are complex. Whereas psychologists will focus less on the complications, and technical details – and would hash out therapy through talk therapy, and provide psychotherapy to patients.

Loads of people tend to get the two mixed up, even though they are poles apart.

They both have a single thing in common; both psychiatrists and psychologists have an in-depth understanding of how the brain works, as well as the emotions, feelings, and thoughts running through our minds. Both are fully able to treat mental illnesses and ailments with psychological treatments, which include talking therapy.

However, as mentioned above – the distinction lies between their educational backgrounds. Psychiatrists have to undergo specialist training after leaving medical school.

They will then complete at least 5 years of training in the treatment and diagnosis of mental illnesses.

On the other hand, psychologists possess at least six years of experience under university training alongside supervised experience as well.

Most often, they also hold a Masters or Doctorate level qualification in psychology. Those that have a P.H.D, go by the title of “Dr”, however, it is important to distinguish between medical doctors and psychologists.

Clinical psychologists will typically have special training in the treatment and diagnosis of mental illnesses.

Psychiatrists are able to provide a wide range of treatments, in line with the problem at hand, and can prescribe what will work best. The treatments would usually include;

Medication, medical care in general – which includes checking up on your physical symptoms, as well as mental, treatments that are mind-based, and brain stimulation therapies.

Whereas psychologists will opt for a different route and base their treatment around psychological aspects, more than medical.

Psychiatrists and psychologists also often work together, in cohesion, since there are so many overlaps in their profession. They can consult with each other over a case, and discuss the best possible solutions to certain, unprecedented conditions.

At IPCRC, we have the most dynamic range of specialists to help cater to all your concerns. We’re just a call away!

The methods of intervention also vary as a consequence of the above differences. The objective of psychological intervention techniques is to make the patient aware of the causes that motivate the problem, provide them with sufficient tools to deal with the situation they are facing and achieve significant changes in the lives of people that increase their level of life satisfaction. The total duration of psychological therapy will depend on the psychological approach chosen, although the sessions generally last about an hour.

However, by not carrying out such a complete psychological analysis, psychiatrists focus their intervention on the use of medications to adjust the levels of different neurotransmitters. Being medical graduates, psychiatrists have the power to prescribe medications, unlike psychologists. Psychiatric sessions tend to be considerably shorter and focus on the physiological assessment of hormone levels in the nervous system.

Type of problems to be treated

Both disciplines are able to address a broad spectrum of mental disorders. In clinical psychology, the most common problems have to do with anxiety, depression, personality disorders and conduct disorders, such as drug addiction or eating disorders. Being a discipline that takes into account many more aspects related to human behavior, it is the recommended option for problems whose main component is the situational aspects or the social context of the person to be treated, which can be addressed through techniques of couples therapy, therapy family, etc. The scientific evidence collected in the different treatment guides shows that psychological treatment is the best option, for example, in anxiety and mood disorders, such as depression, in child and adolescent problems.

Psychiatry, being closer to the brain chemical components of human behavior, is recommended when the analysis of the problem reveals that its causes are mainly intrinsic to the patient, the severity of the same causes it to be considered a mental illness, and there is drug treatment effective.

However, both psychology and psychiatry are disciplines that can and should even be complementary to treat different disorders, as occurs for example in the case of major depression.

Psychiatrist vs Psychologist: When To Seek Each Treatment

These are two common-sense phrases that I come to explain a little. The psychiatrist is a doctor who, in addition to 6 years of medicine, has another 3 years of specialization in psychiatry. Because it is a medical specialty, it can diagnose psychiatric illnesses, treat, cure and promote quality of life.

The psychiatrist is really the only one able to prescribe medication, but that does not exclude the fact of having to listen to the patient and all his demands. Listening is one of the greatest responsibilities of the doctor so that he can help the patient with his complaints. The psychiatrist in general treats people who have a disorder, but does not necessarily need the use of medication.

The psychologist is a professional who has chosen to study psychology. This is a very broad area. This professional can work in psychology offices, in the educational area, in the organizational area of ​​companies such as HR and even in the sports clinic. Its techniques aim to analyze human behavior, whether of people with mental disorders or without, intervening in emotional, behavioral or mental problems. The psychologist promotes the improvement of his client by reflecting on his emotions and behavior.

Psychology or Psychiatry: what is the best option?

When it comes to mental health, we immediately remember two careers: that of a psychologist and that of a psychiatrist. We know that these two professionals study and treat mental disorders, but the differences between them are not always very clear.

Psychologists and psychiatrists work with the human mind, helping to alleviate the suffering of people with varying degrees of complaints and disorders linked to emotions and feelings. The similarities between them usually generate doubts, whether for people who seek treatment and are not sure which professional to consult or for those who intend to attend a college and are undecided between these two areas.

The fact is that psychologists and psychiatrists use very different approaches and are considered complementary. In many cases, the best thing is for the patient to have a combined treatment, visiting the two professionals regularly.

If you have not yet decided which career to pursue and are in doubt between Psychology and Psychiatry, find out the differences between them and find the one that best suits your interests.