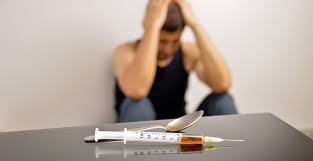 Drug addiction is a chronic brain disease. It causes a person to take drugs repeatedly, despite the harm it does. Repeated drug use can change the brain and lead to addiction.

The brain changes from addiction can be long-lasting, which is why drug addiction is considered a “recurring” disease. This means that people in recovery are at risk of using drugs again, even after years of not taking them.

Drug addiction is long-term compulsive drug use. The person may try to stop using drugs but repeatedly use drugs despite the social, physical, and emotional damage they do. Drug dependence implies that the body began to need higher doses of the drug to achieve the same effect and to avoid withdrawal symptoms.

Over time, you may need larger doses of the drug to feel the effects. Before long, you will likely need the drug just to feel good. As the dose of the drug increases, you will find it very difficult to live without it. Attempts to stop using the drug can cause intense cravings and make you feel physically ill (withdrawal symptoms).

You may need help from your doctor, family, friends, support groups, and customized treatment program to overcome your addiction to drugs and stay away from them.

Followings are the symptoms of drug abuse:

How to identify a drug abuser in the family?

It is sometimes difficult to distinguish a teenager’s normal bad mood or distress from the signs of drug use. Possible signs that a family member or adolescent is using drugs are as follows:

Problems at school or work: frequent absences from class or work, a sudden disinterest in school or work activities, lower grades or decreased performance at work
Physical health problems: lack of energy and motivation, losing weight or gaining weight, or red eyes
Scruffy appearance: lack of interest in clothing, grooming, or appearance
Behavior changes: exaggerated efforts to ban family members from your room or to be reserved about where you go with your friends; radical changes in behavior and in relationships with family and friends
Money problems: sudden requests for money without a reasonable explanation; or you may discover that money is missing or stolen, or that items have disappeared from your home, indicating that they may have been sold to support drug use

People of any age, gender, or financial situation can become addicted to a drug. There are certain factors that can affect the probability of developing an addiction and the speed with which it is acquired:

Environmental factors, such as your family’s beliefs, attitudes, and exposure to peer groups that encourage drug use, often influence the initiation of drug use.

Family history of addiction. Drug addiction is more common in some families and probably involves a genetic predisposition. If you have a blood relative, such as a parent or sibling, who is addicted to alcohol or drugs, there is a higher risk of drug addiction.

Lack of family involvement. Difficult family situations or a lack of a bond with your parents or siblings can increase the risk of addiction, as can a lack of parental supervision.

Early consumption. Using drugs at an early age can cause changes in the developing brain and increase the likelihood of progressing to addiction.

Taking a highly addictive drug. Some drugs, such as stimulants, cocaine, or opioid pain relievers, can cause more rapid progression of addiction than other drugs.

Smoking or injecting drugs can increase the possibility of addiction. Using drugs that are considered less addictive, so-called “light drugs,” can be the start of drug use and addiction.

Changes in the brain

The causes of drug addiction are different for each patient, so each case must be individualized and a study of their personal and family history must be carried out, in order to make the most appropriate diagnosis.

Personality factors play a fundamental role in the development of an addiction. There are some specific characteristics, such as difficulty managing one’s own feelings or low tolerance for frustration, that facilitate addictive disorder.

Drug use can have significant and damaging effects in the short and long term. Consuming some drugs can be risky, especially if you take high doses or combine them with other drugs or alcohol. These are some examples.

Methamphetamine, opioids, and cocaine are highly addictive and can have multiple short-term and long-term health consequences, such as psychotic behavior, seizures, or death from overdose.

Γ-Hydroxybutyric acid and flunitrazepam can cause sedation, confusion, and memory loss. These drugs, known as “rapist drugs,” are known to affect the ability to resist unwanted contact and memory of the episode. In high doses, they can cause seizures, coma, and death. The danger increases when these drugs are used with alcohol.

Ecstasy or Molly (MDMA) can lead to dehydration, electrolyte imbalance, and complications that can include seizures. In the long term, MDMA can damage the brain.

A particular danger of synthetic drugs is that the liquid, pill or powder forms of these drugs available on the street often contain unknown substances that can be harmful, such as other illegally manufactured drugs or medications.

Due to the toxic characteristics of drugs that are inhaled, users can suffer brain damage of varying degrees of severity.

The best way to avoid getting addicted to a substance is not even to try it once. If your doctor prescribes a drug that can cause addiction, be careful when you take it and follow the instructions he gave you.

Doctors should prescribe these drugs in safe doses and amounts, and monitor their consumption so that you do not receive too high a dose or for too long. If you feel like you have to take more than the prescribed dose of a drug, contact your doctor.

How to prevent inappropriate drug use in children and adolescents?

Take these steps to help prevent inappropriate drug use in your children and teens:

Talk to your children about the risks of drug use and inappropriate use.

Pay attention when your children talk about peer pressure and show your support for their efforts to resist it.

Work on the relationship with your children. A strong and stable bond between you and your child will reduce the risk of your child using drugs or misusing drugs.

Once you are addicted to a drug, you are at high risk of falling back into an addictive pattern. If you start using the drug, you will likely lose control over your use again, even if you have undergone treatment and have not used drugs for a while.

Stick to your treatment plan

Control your cravings. It can seem like you’ve recovered and you don’t need to take further steps to stay away from drugs. However, your chances of staying off drugs will be greater if you continue to see your therapist or counselor, attend support group meetings, and take prescribed medication.

While there is no cure for drug abuse or dependence, treatment has three main goals:

The effectiveness of the treatment depends on your being able to recognize that you have a problem and on your desire to change. Recovery takes a long time and is a difficult process. In some cases, you may need to undergo the treatment several times.

Followings are the treatment offered by rehabilitation centers.

Medications may be recommended to help relieve withdrawal symptoms and reduce the risk of relapse.

The therapy can help you become aware of the problems and choices of lifestyle that lead to drug abuse. Through therapy, you can improve your ability to cope with addiction and your ability to solve problems. You can also learn to replace drug-related activities with healthier alternatives. The involvement of family members is also very important in drug addiction treatment.